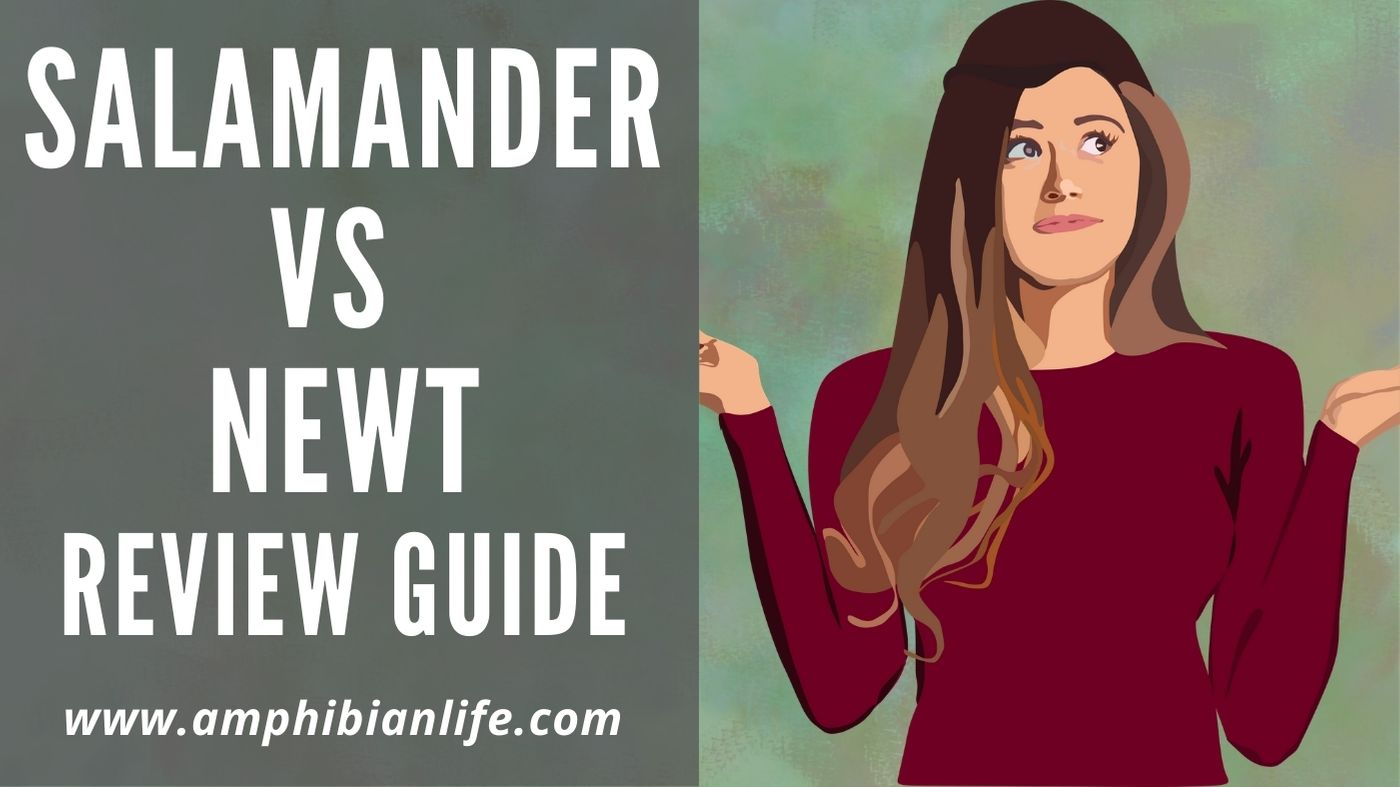 Did you ever wonder are newts and salamanders same? What is the difference between Salamanders and newts?

If you have all these questions in your mind, then you have come to the right place!

Recently I was on the lookout for pet salamander and I quickly realized that there was a lot of confusion between salamanders and newts.

I was not able to identify them, so after coming back I started researching about it, and here is my review guide.

We often use the terms newt and salamander interchangeably, But in fact, there are, obvious distinctions among them.

In this article, I will try to show you the basic and quick identifying differences between the two, so, let us quickly dive in!

What’s the Difference Between a Salamander and a Newt?

Again the obvious question Is a salamander a newt? why do some people consider these two distinct amphibians similar?

Newts are a type of salamander, belonging to subfamily Pleurodelinae of the main family Salamandridae.

Essentially, all newts are salamanders, but all salamanders are not newts.

Beyond a name, how do we know if you’re looking at a salamander or newt?

Well, There are only a few subtle differences:

Salamanders vs Newts infographic for kids

Is a newt a baby salamander?

A newt is a salamander from the subfamily Pleurodelinae. but we cannot consider all aquatic salamanders as newts,

We usually refer to terrestrial juvenile phase as an eft.

Unlike other members of the Salamandridae family, newts are usually semi-aquatic in nature with 3 life stages.

They transit between water (aquatic) and land (terrestrial) habitats depending on their development stage.

Which animal salamanders evolve from?

it is difficult to point out the exact lineage of organism for salamanders evolution.

Even though, The first true tetrapods are referred to as salamanders.

Their direct ancestor is still unknown, but they have some known relatives like lobe-finned fish.

Characteristics like juvenile gills, breathing though lungs , claws on the toes, and air breathing are few factors,

That indicates the evolution of salamanders and other amphibians are from a fish-like organism.

Can newts breed with salamanders?

Newts are salamanders, so every time they mate they are breeding with salamanders! But, that’s not the question, is it?

Newts are a special kind of salamander having 60+ known species and with possibility for them to interbreed.

but it is not suggested at all to force interbreeding amount various species it may cause diseases and life span reduction.

Can you touch a newt?

Newts shouldn’t be handled any more than absolutely necessary, for your own protection and theirs,

mineral oils soap, chemicals on your hands or skin can injure newt’s by absorbing through their skin, and the simple act of handling can infect or even kill them.

Are newts poisonous? Can they kill you?

Newts Toxin is effective only if we ingest them, although some people reports skin irritation after physical contact,

Note: This are very few recorded poisoning death cases from touching newts. (In 1979 a person died after ingesting a newt)

Are newts really toxic? Why is the Newt so toxic?

TTX is usually found in snake venom. this exotic pet is capable of producing enough poison to kill a dozen people.

The answer lies in the evolutionary food chain of newts and their predators like (Gartner snakes).

The snakes being higher in the food web usually prey upon newts and many other amphibians.

In a race of survival of the fittest and to protect its own species newt’s developed tetrodotoxin (TTX).

I Hope that you enjoyed reading this article, and have enough information for you presentation.

you can download the info-graphics and use them in homes walls or worksheets and even send to you teachers.

here are some more article related to salamanders and newts that may potential be in you interest.

Do you want to know if newt or salamander bites hurts?

Amphibianlife.com is here to help you learn about amphibians and how to take care of them! I myself am a beginner and this blog is a journal of everything that I’ve learned!

As Amazon Associate, we earn from qualifying purchases.
Read our Affiliate Disclosure
Disclaimer
Website content is for information purposes only, we do not intend to substitute any professional, veterinary, or medical advice.