So, you were thinking about what frog poop looks like. To many people, this may sound weird, but as a frog enthusiast myself, I remember when I first wondered about it too.

There are lots of reasons to think about frog poop. For instance, you may have a garden and wonder if you could identify a frog by the droppings they leave behind.

Maybe you found some droppings that you think are frog droppings but you want to be sure. Or maybe you’re simply curious about frogs!

With this article, I hope to answer all of your frog poop questions. let’s begin the poopy journey

Do frogs poop? What does a frog turd look like?

Yes, frogs do poop. Like all animals, frogs need to get rid of the waste after eating. They do this by excreting feces, or “poop”.

So far, that’s not very surprising. However, it’s not the fact that frogs poop that will surprise you. It’s what frog droppings look like…

Let’s take a look at some frog poop pictures to see what it looks like.

As a kid, I always thought that frog poop would be little, like rabbit droppings. I thought this because frogs are little.

However, when my dad pointed out frog droppings for the first time, it wasn’t anything like I imagined. These were definitely not cute little rabbit poops…

Look at the picture below and you’ll see that a frog can excrete a HUGE amount of waste in comparison to its body size.

I was surprised by that! Were you?

Also found the smallest frog I’ve ever seen, guess what and it pooped on its keeper, and it was unnoticed for a while. thanks to the Reddit user take a look.

How big is frog poop?

If you’re still in doubt that frog poop is huge compared to the frog’s body size, check out this picture.

This is a normal-sized frog dropping with a 1 inch (2.3 cm) coin beside it.

Frogs are not the only ones who can poop like giants. Toads can do it too!

Below is a picture of a toad doing a giant poop. If you want to see more, you can… there is a video and, if you really want to, you can click the image to see it.

This video, in particular, shocked me quite a bit. In particular, the idea that a toad could poop something like a quarter of its own body was an idea I couldn’t get my head around.

Now that you have seen what a frog’s waste looks like, here are some pictures of frog poop in different conditions. For instance, the photo below shows frog droppings next to a pool.

People who aren’t familiar with frog droppings sometimes see this and think it is algae by the pool or just dirt. But it’s often frogs that are the culprits! This is why I suggest trying to keep frogs out of your pool if you can.

Finally, here is a picture that I found on Reddit. It’s an image of a tree frog pooping on some unfortunate person’s door!

Usually, Frogs and Toads don’t eat much they know their limits, but since toads are bigger they eat more than frogs hence poop more.

Why is frog poop so big?

Why is frog poop massive? since toads eat a lot of food they must poop a lot. Adult toads have a much broader range of food options and are less at risk of suffocating themselves.

by instinct, they do not know when will they get their next food. this uncertainty and to prevent starvation in event of non-availability of food makes them eat a lot.

Another reason for massive pooping is that Toads and frogs feel no pain while dropping massive feces and makes them adapted.

Amphibian droppings usually consist of harmful pathogens such as salmonella, pinworms and other parasites,

Dispose of amphibian poop in a safe place, make sure it does not come in contact with children, or dogs, and cats.

Disinfect the place where amphibian has pooped, with phenol or any available household disinfectant to avoid further contamination.

Can frogs transmit diseases to humans?

Yes, they can be a carrier, most amphibians like Frogs, toads, salamanders can directly or indirectly act as a carrier for bacterial diseases and may cause life-threatening conditions for both humans and themselves.

It is worth noting down that in case you observe irregular or abnormal turd texture of your pet amphibian, you must immediately seek a veterinarian for further pathological diagnosis to find the exact culprit.

Some biggest Frog Poops we ever came across. could you imagine if you didn’t see it pooping? id be asking my family members who pooped in my frog’s enclosure. 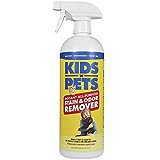 So there you go!

Who knew that you could enjoy an article about frog poop?!

I want to thank you for reading this article. I hope you have learned what frog and toad droppings look like, and just how big they can be.

If you learned anything, it is probably the amazing fact that frogs and toads can poop almost a quarter of their own body length!

Next, why not find out what amphibians are, learn what frog eggs look like?, or discover whether frogs have hair. As the winter is slowly approaching (at the time of writing) I couldn’t help but wonder about all these toads and what they need to survive. I first thought that they wouldn’t need a whole lot, but when I went deeper into the matter, I found out that they need some very important things! Toads…