Especially the one which you certainly do not want to see and that is ‘Lizard’.

During several instances, while Lizards are easily seen inside the house, something about them often goes unnoticed.

Lizard poop is often present inside your house, but you often overlook it due to lack of identification.

Lizard’s poop or lizard dropping are easily identified. However, until one does not know what it looks like, the process can get tricky.

So today, to combat all your confusion, we have come up with information that will answer several of your questions.

It will include What Does Lizard Poop Look Like? Do lizards poop? Do lizard pee? Is lizard poop infectious? etc. So, without any further ado, let’s get started.”

Identifying lizard poop isn’t rocket science. While looking for its around, only consider the following factors-

Lizard poop is the black dropping with a white tip on one end.

While the black part is poop, the white part is the Uric acid crystals.

Because lizards poop and pee from the same opening, their dropping comes out in these two parts (attached).

Dropping size can differ upon the size and species of the lizard.

Lizard poop without white-tip is normally dry. However, the first identification look remains the same.

How To Properly Identify a Lizard’s Dropping?

While indoor, it is still easier to identify lizard’s dropping; outside, the process can get confusing.

However, to rule out the tricky part, here is how exactly you can identify lizard’s dropping.

Lizards found in the urban environment have dropping sized no more than a quarter-inch long and one-eighth inch wide.

Lizard dropping is dark and pellet-shaped. Poop of house lizards normally has tapered or rounded ends. While the black part is a little dry, the white tip remains a little wet and squishy.

The black part remains dry because lizards can retain nearby 95% of the moisture from the undigested food. This after that leaves their poop dry.

While the 90% portion is dark (black) in appearance, the tip remains white. It simply looks like a pellet with a white ball at one end.

An Introduction to Lizards

Lizards are common household pests found all across the world.

Except for Antarctica, places with cold temperatures, and deep oceans, there isn’t any habitat you won’t find lizards.

Out of over 4,675 lizard species (identified), most of them prefer living on land.

However, there are species found in water, trees, and caves as well.

Though Lizards are labeled as household pests and harmless for humans, they are still portrayed as problematic.

Despite being in your house, they will never intentionally invade your privacy.

Lizards are also an excellent natural insecticide as all insects in your home are their food.

While Juveniles once every two or three days, adult lizards’ poops one to seven times a week.

They can poop on walls, floors, or any other surfaces they commonly live on.

Lizard uses their poop/ dropping as a mode of communication.

Male lizards often avoid that area where another male lizard has left its poop.

Their dropping also works as a ‘sign out’ amongst the tribe.

Lizards also prefer pooping on rocks, and thus any such/ similar object in your house can become their dropping spot.

As far as we have discussed, the lizard’s feces are black with a squishy white tip.

Most of the time, the black part tends to remain dry. However, it is no surprise that it can stay wet as well.

The excretory system in lizards is unique, though similar to other house pests.

Like the spider and other house pests, lizards too release their poop and urine through the same opening.

This opening is called ‘Cloaca’. Also, they do not urinate separately. The white tip on their feces is nitrogenous waste/ uric acid.

Until not touched, lizard poop is not harmful. However, if humans come in direct contact with these feces, it can prove fatal.

Like most healthy reptiles and amphibians, lizards carry Salmonella bacteria in their body. These bacteria then are transferred outside with their poop.

If mistakenly consumed by humans, Salmonella can lead to food poisoning, diarrhea, or even death in some cases.

They can invade proliferate intestinal mucosa and lymphoid tissues of the gastrointestinal tract.

However, some researches also suggest that Salmonella helps certain cancer patients to combat melanoma when used with radiation therapy.

No lizards do not pee simply because they cannot drink water.

Lizards are those reptiles that lack the presence of the larynx.

While in human’s larynx ensures respiratory function, its absence in lizards refrains them from drinking water.

Lizards dip their tongue in water and wait until enough water is absorbed.

However, owing to less exposure to freshwater and threat from predators, they often tend to survive with a limited water supply.

For their entire moisture requirement, lizards can retain water from the food they eat.

Instead of peeing or urinating, lizards excrete their uric acid along with their feces.

Their uric acid is a white paste-like substance found at one end of their poop.

Does lizard poop always have a white tip?

Why Do Lizard’s Droppings Have White-Colored Tips?

Yes, Lizard poop always has a white tip on one end. The White-Colored tips on lizard’s dropping are their uric acid, a kind of nitrogenous waste.

Their nitrogenous waste, rather than converting into urea, gets converted into uric acid.

It is sorted and released with potassium salts, and thus that, lizards hardly require to drink water.

So, in short, the uric acid turns the tip of the lizard, dropping into a squeaky white thick paste.

Are Lizards Beneficial? Are they Invasive Pests?

Lizards aren’t necessarily invasive, and having one or two of them in your house can prove beneficial.

The common household lizards eat all the nasty insects flying and troubling you all over the house.

However, they prefer keeping a safer distance from humans, and even with a little sensation, they will run far away.

But in contrast to that, always make sure they are not present inside your kitchen or any other food item.

Where Do Lizards Poop?

Lizards will poop anywhere they are lying.

Especially an area that provides them with a good view of predators, lizards, will poop there.

It can be walls, a table, any object, food item, or anything around.

They also leave their droppings inconspicuous areas as a sign of communication.

How to handle House lizard poop?

Are The Droppings of House Lizard Dangerous?

Lizards dropping can prove dangerous; however, by safely handle them, you can combat the dangers.

Suppose you have pet lizards or invasive lizards; for that matter, always clean feces while wearing gloves.

Every time you clean their cages, make sure you are wearing gloves and a surgical mask.

Also, after handling your pet lizards, clean your hand with soap and water thoroughly.

Keep your kids away from handling lizards or even cleaning or touching their feces.

Dangers and Disease of Lizard feces

Other transferable diseases include Leptospirosis, botulism, and Campylobacteriosis.

This is why it is always suggested to wash fruits and vegetables before washing to clean Salmonella.

Are The Droppings of House Lizard Dangerous? Yes, be it house lizards or other carnivorous or omnivorous organisms, their dropping can prove dangerous.

Avoid coming in direct contact with any such feces and if accidentally it happens, always wash your hand nicely.

Can lizard poop make you sick?

Yes, if swallowed, lizard poop can make you sick. It can lead to several ailments such as

Symptoms of such diseases can lead up to one week and at times even severe than that.

While we have learned about lizard poop, let’s put some light over mouse and rat poop.

How To Safely Remove Lizard Poop?

Simply take a damp cloth and wipe off the surface. If it is hard and stuck, you can scrub it off a little.

To clean lizard poop from clothes and fabric.

Firstly, remove the poop safely and then wash the fabric with any disinfectant detergent.

For cleaning lizard poop from utensils

Firstly, wash the utensils under running water and remove all poop traces. Now wash it with soap and water. If you have lizards at home, always rinse utensils before using them.

How to Clean Lizard Poop Stain from fabrics?

Once you have cleaned lizard poop from fabric, you may notice an after stain at the exact spot.

While these stains are toughs, getting rid of them is a process on its own.

Take the fabric/ garment and spray the stained area with distilled white vinegar and a cool water solution.

Scrub it and wash it with a detergent. However, if the fabric is important, you cannot simply let it get bleached with vinegar’s acidic effect. Here we recommend you invest in a good stain remover. 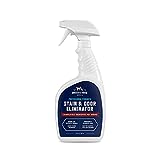 Above are some good commercial options that will remove the stain and keep the fabric safe.

How to Remove Lizard Poop Stain from Carpet

For removing Lizard Poop stain from the carpet:

How to Remove Lizard Poop Stains from Wooden Surfaces

Cover the stained area with baking soda or vinegar and let it sit for a good 4 to 6 hours, preferably overnight.

Now wipe it off with a wet cloth. You can also use undiluted hydrogen peroxide.

Take a clean towel, soak it in undiluted hydrogen peroxide and place it over the stain.

Leave it overnight, and then the next morning, wipe with a damp towel.

How To Remove Lizards from Your Room?

Removing lizards from your room, though, is easy, but at times it can get tricky.

However, we have some quick home remedies for removing lizards from our room.

This was all about Lizard poop. We hope with all of the elaborated discussion; you will be able to identify lizard poop easily the next time.

A black drop with a white tip is the easiest description for lizard feces.

Also, always make sure you tackle it with gloves and other safety. Best Octopus Names list (391 names) If any particular ocean creatures are both Cute and Creepy simultaneously, that’s definitely ‘Octopus’. Pet lovers across the world find it a pleasure to keep an octopus in their home tanks and aquariums. However, with that comes the struggle of naming these exotic-looking sea creatures. Like for any other… Do you feel like your Leopard Gecko needs a lizard companion? If yes, then the question ‘Can Leopard Gecko live with other Lizards? might often confuse you.  While you are a new pet parent, it is quite obvious that you will generate certain curiosities. For example, often, the New Leopard Gecko parent wonder if their… Male, Female and Unisex Uromastyx Names Are you looking for cute, funny, adorable, badass Uromastyx names? well, you are in the right place. Uromastyx is a spiny-tailed lizard found in Africa and Asia, classified as a great pet. They are primarily herbivorous but can occasionally turn carnivorous as well. Like most lizards, Uromastyx spends most…